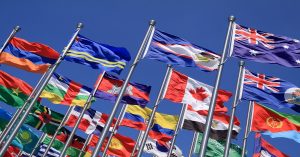 The Solidarity Movement has launched an international campaign to apply pressure to the South African government to oppose racial discrimination in the allocation of government funds in the fight against the effects of the Covid-19 pandemic. In a letter to overseas governments and international organisations, the Movement calls for a strong stance against the application of any form of racial discrimination when relief measures are allocated to combat the effects of the Covid-19 pandemic.

According to Flip Buys, chairperson of the Solidarity Movement, an international campaign is necessary because the government does not heed the pleas of several civil organisations and political parties. “Today, we have called on various overseas governments and organisations to not only take a stand against the alarming events of the past weeks, but also to take steps, within their powers, against the South African government. We have already spoken with politicians in various European countries, and we expect pressure to increase on the South African government.”

In its letter, the Movement refers to Tourism Minister Mmamoloko Kubayi-Nguabane’s Tourism Relief Fund for small enterprises in the tourism industry, as well as the decision by Small Business Development Minister Khumbudzo Ntshavheni to apply racial requirements when granting financial aid to small businesses.

In addition, the Solidarity Movement is concerned about what it describes as a police state developing in South Africa. According to Buys, the use of force and intimidation by the South African Police Service and the National Defence Force is worrying, and the Movement will make the outside world aware of this as well.

A third point the Movement refers to in its letter to overseas stakeholders is the restrictions regarding the aid provided by community organisations. “We are currently also making overseas governments and organisations aware of the draconian nature of South Africa’s lockdown measures. Certain measures, which do not contribute to the fight against the virus, are enforced in a draconian way. These measures all indicate a general over-regulation of civil society that encroaches upon people’s dignity and rights.”

The Solidarity Movement asks that other countries, especially the US and European countries, put pressure on the South African government to refrain from implementing unacceptable discriminatory practices and measures. The Movement has written letters to the governments of more than 30 countries, as well as to organisations such as the United Nations, the European Union, the World Bank and the International Monetary Fund.