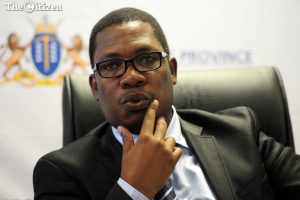 The Solidarity Movement today took a stand against the reappointment of Panyaza Lesufi as MEC for Education in Gauteng. This followed after Gauteng Premier David Makhura rescinded his initial decision to move Lesufi to a different role.

Lesufi’s term of office as MEC of Education in Gauteng from 2014 has been characterised by controversial and hostile statements against Afrikaans, among other things, rather than actual successes in the province.

According to Francois Redelinghuys, communications manager of the Solidarity Movement, Lesufi’s record as MEC is nothing to get excited about. “In the first two years of Mr Lesufi’s first term of office, the percentage of learners in the province who passed mathematics in matric dropped from 74% in 2014 to 69% in 2016. During the same period, the number of learners who passed physical science dropped from 76% to 69%,” Redelinghuys said.

According to Redelinghuys, Lesufi’s obsession with waging a war against Afrikaans schools enjoys priority over the promotion of quality education in the province. “These statistics show that under Mr Lesufi’s leadership education in Gauteng has by no means made strides forward. Moreover, it is absurd that his politicking and utterances directed at successful Afrikaans schools, rather than his achievements, are now rewarded,” Redelinghuys said.

“Therefore, the Solidarity Movement reiterates that it would not back off while the right to mother tongue education is being undermined. Moreover, we will continue to fight through all our various institutions for the future of Afrikaans education,” Redelinghuys said.

Future too precious to leave it up to government only